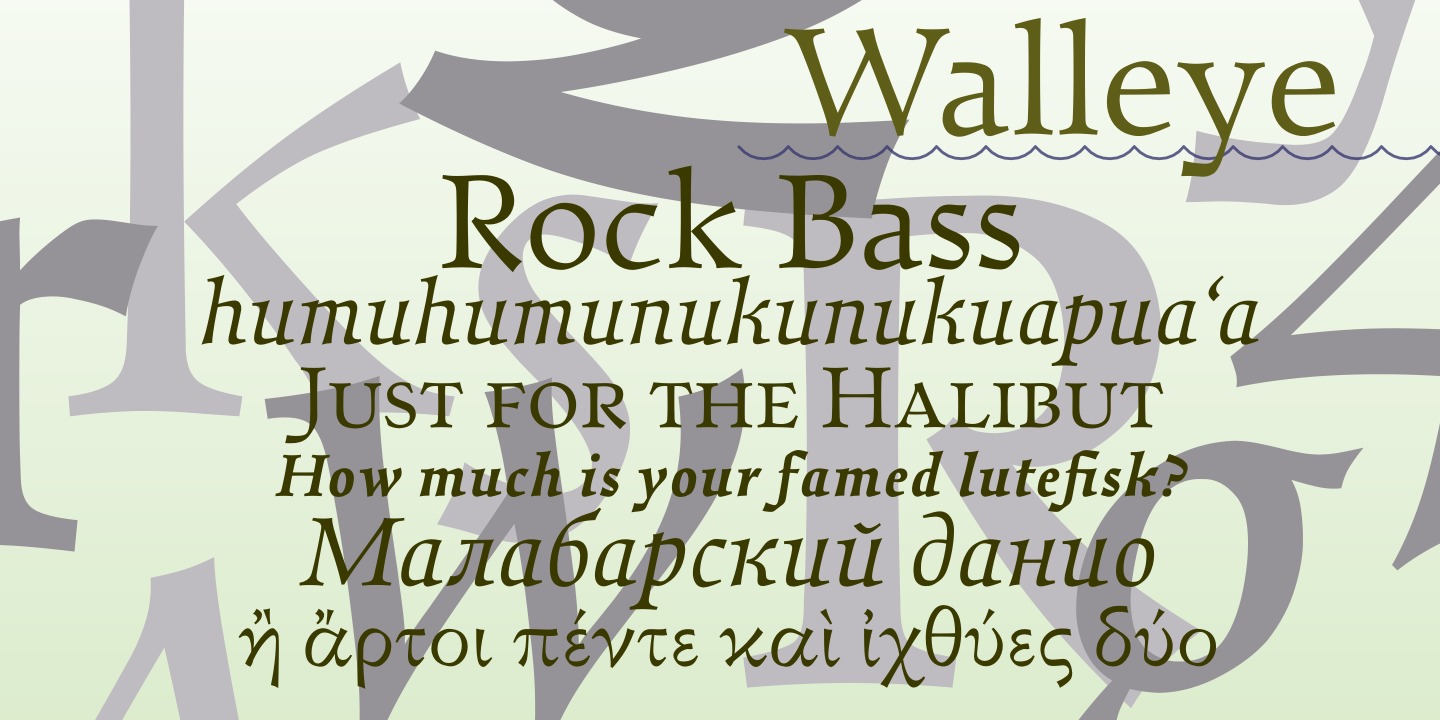 Walleye is an original serif font suitable for setting longer texts. Its long, banner-shaped finials and its airy letterforms give it character and an open texture on the page. Walleye has four styles: regular, italic, bold, and bold italic.

Walleye is a multilingual font. It includes the Latin, (Polytonic) Greek, and Cyrillic alphabets, and has meticulous coverage of the character sets of a broad variety of languages, including almost all spoken in Europe. It also has many OpenType features, including small caps for all supported languages, old-style figures, and highly developed typesetting options for Ancient Greek. (For examples of these OpenType features in action, see the specimen booklet.) 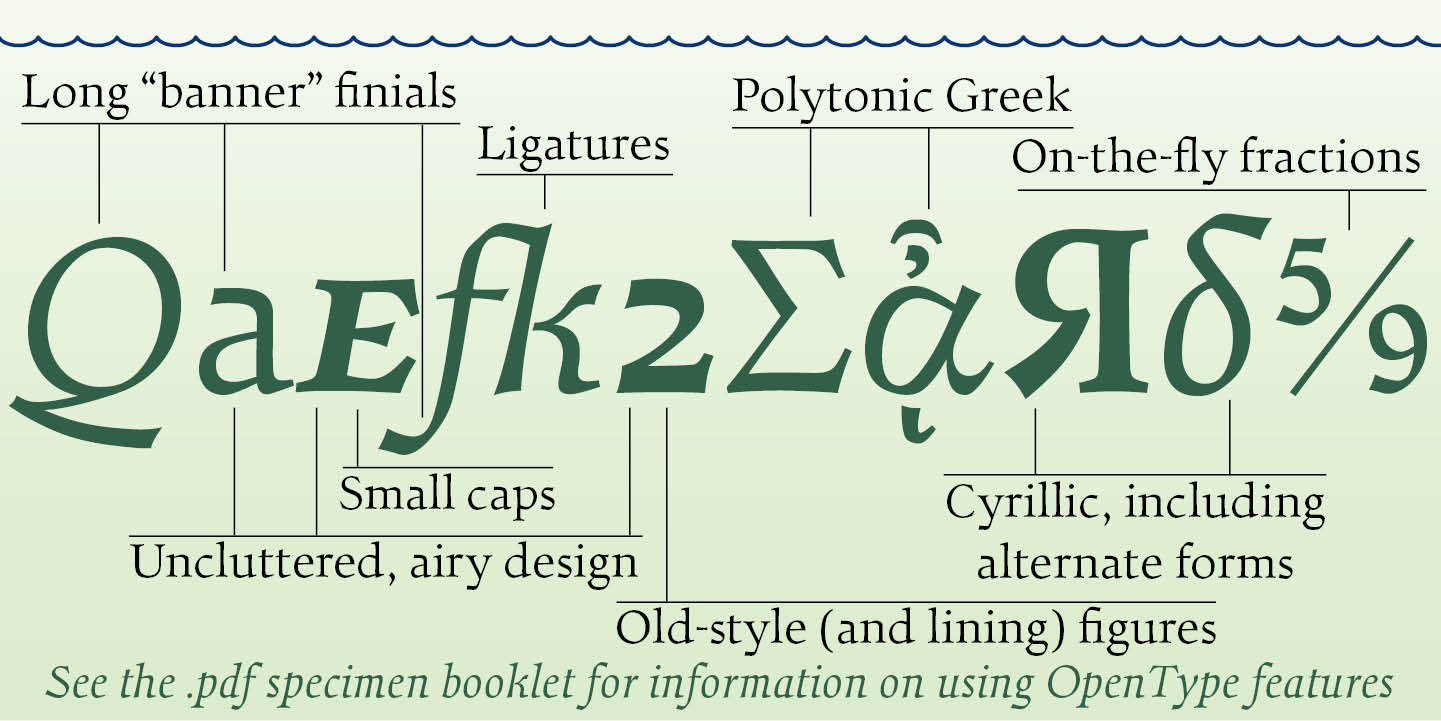 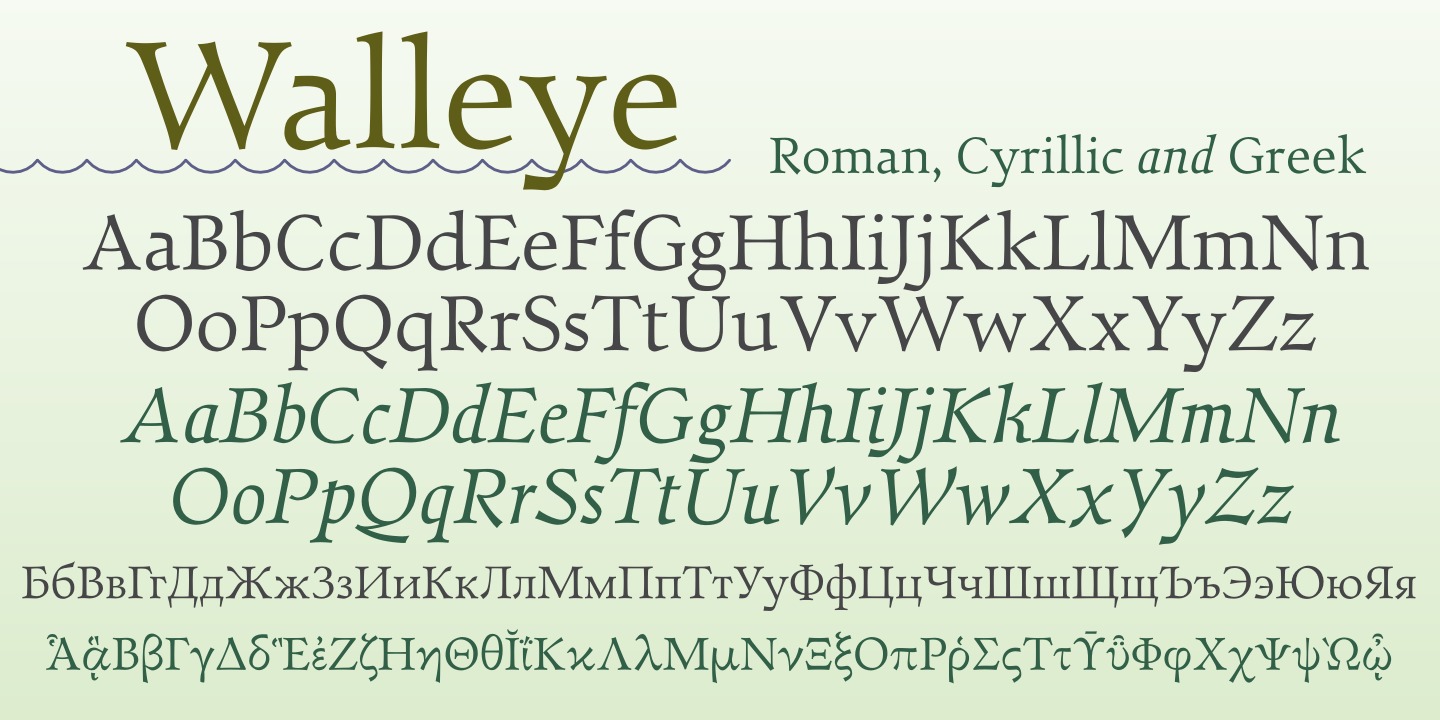